Prompting for app reviews and ratings on iOS and Android 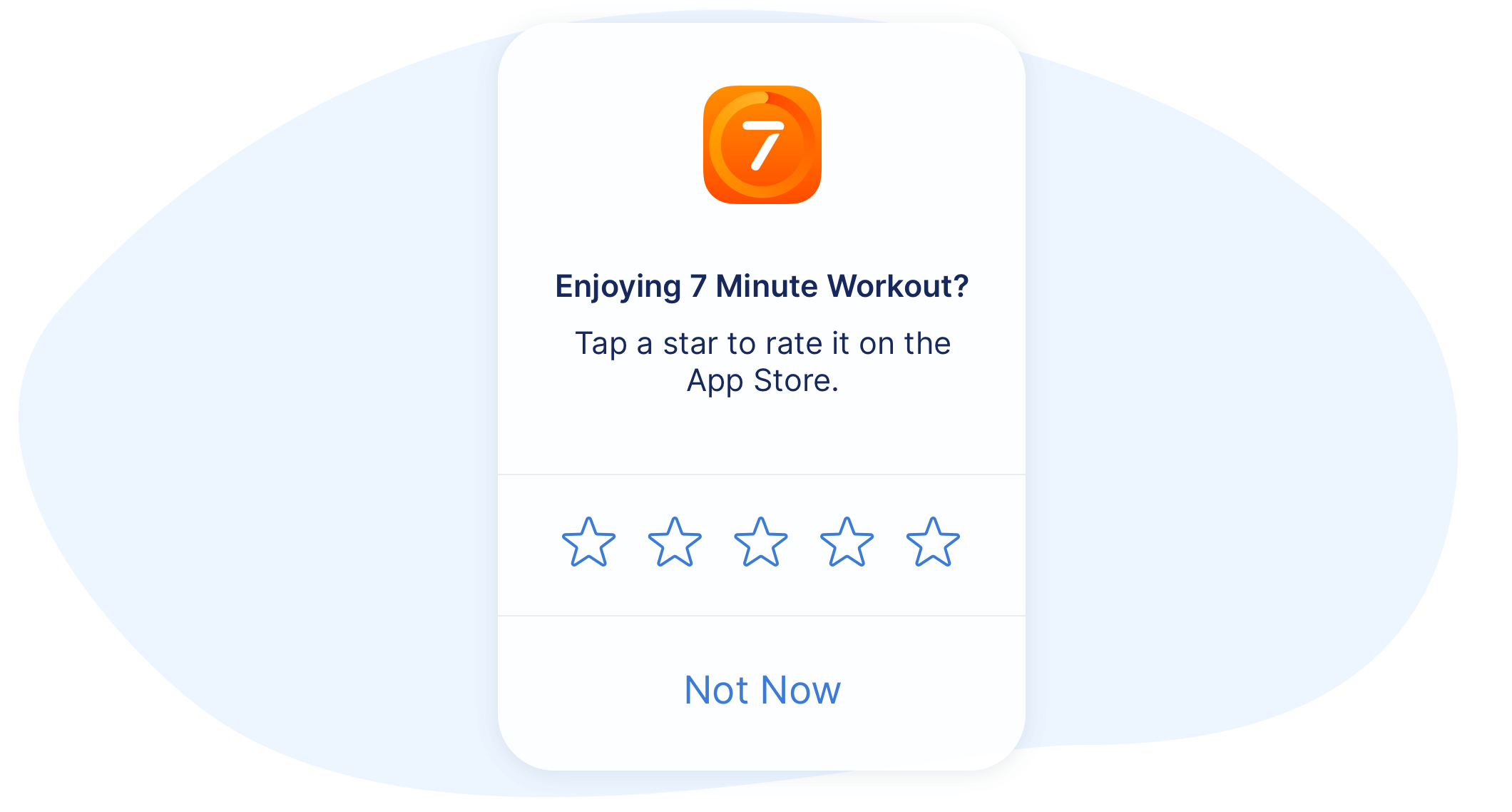 The ultimate guide on libraries, when to prompt and much more

The following is our advice after talking to thousands of mobile app developers on the best techniques for prompting for reviews and ratings on iOS and Android.

Apple share some great tips on when to prompt for reviews and ratings.

Apple strongly encourage you to use their method of prompting for reviews and ratings. In my experience it's extremely effective so I would recommend going with their library.

Their library SKStoreReviewController is very simple to use.

One thing to keep in mind is the prompt can only displayed to a user a maximum of three times within a 365-day period. That means that it might not be shown every time you request it to be shown.

Apple have an excellent example of not showing the prompt until the user is really engaged.

I like to hand craft when the rating prompt will be shown, but if you'd like something that wraps up much of the functionality for you then I recommend checking out Appirater.

If you'd like to add a button to ask for a review (say on your Settings screen) then Apple provide a way to deep link:

Android has recently introduced a native prompt as well.

Android also limit the number of times the prompt can be shown, but they aren't specific around what the limits are.

The API is very simple to use and there is great sample code for a variety of languages.

It's been widely proven that prompting for reviews and ratings on Android and iOS is extremely effective. With such easy and efficient libraries provided by the major platforms there is no excuse to delay adding in a prompt.

Stuart is Co-founder & Co-CEO of Appbot - App review & ratings analysis for mobile teams. You can connect with him on Twitter.